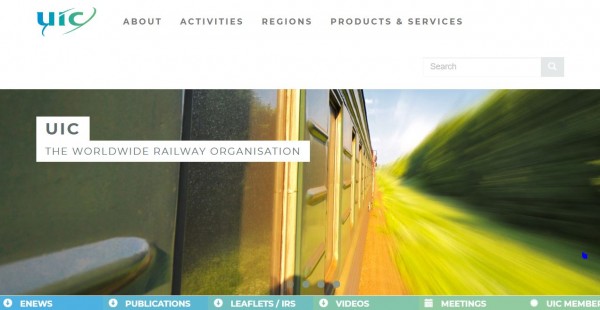 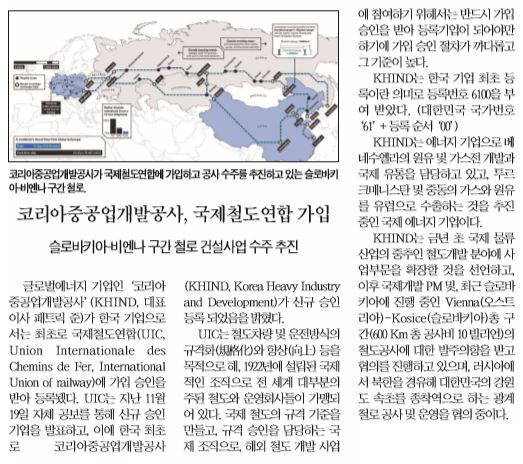 On November 19, UIC announced its new approved company through its self-publication, and Korea's first KHIND (Korea Heavy Industry and Development) was newly approved.

UIC is an international organization established in 1922 with the aim of standardizing and improving railway vehicles and driving systems and is a member of most of the world's major railways and operating companies. In order to participate in overseas railway development project, the international standardization standard of international railway and the approval of the standard, it must be registered as a registered company. Therefore, the approval process is difficult and the standard is high. KHIND has been granted registration number 6100 for the first time registration of Korean companies. (Republic of Korea country code '61' + registration order '00')

KHIND is an energy company that is involved in the development and international distribution of crude oil and gas fields in Venezuela and is an international energy company that is pursuing the export of gas and crude oil from Turkmenistan and the Middle East to Europe. KHND announced that it would expand its business to the railway development field, which is the backbone of the international logistics industry earlier this year. Afterward, KHND announced that it would announce its international development PM and order for railway construction in Vienna (Austria) - Kosice (Slovakia) It has been reported that Russia is negotiating with Gangwon-do Sokcho, Korea, via North Korea, for the construction and operation of Gwanggye railway.

In particular, when the Puget Railway between Slovakia and Geneva is completed, Slovakia will become the European gateway to the Russian Eurasian Railway and will play a role as a stopover from the Pugetta Railway to the European Standard Railway, If the railway is reached, it will be possible to distribute the logistics to Europe through land transportation in Korea without changing the railway. Therefore, it is expected that the logistics cost will be reduced dramatically and the additional profit generation effect will be great.